This is the third and final installment of our series Parents as Reading Role Models (Part 1 and Part 2, if you are catching up). Let’s talk openly and honestly about all of the distractions in our lives and how they often prevent us from modeling good reading behaviors for our kids. Whether you’re the parent or caregiver of a newborn or a teenager, it’s so easy to become distracted by dings, vibrations, and alerts. We are very guilty of this ourselves. Flip on CNN and you’ll see 4 scrolling bars at the bottom of the screen, as if our bodies were built to absorb a constant stream of stimuli. Newsflash? They’re not. 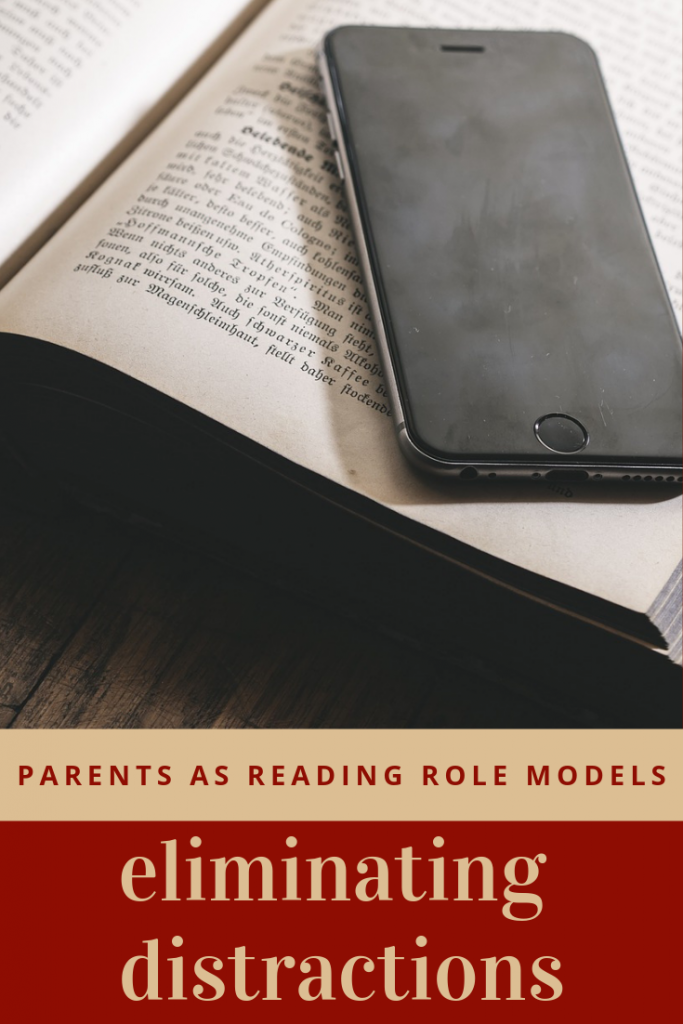 This process will help both you and your child learn to minimize external distractions and devote a part of your day fully focused on reading:

Many teachers complain that despite their best efforts to teach mandatory content, student performance on tests indicates otherwise. A huge reason for this discrepancy? Lack of stamina. In an age full of distraction, children haven’t spent the needed time practicing sustained concentration for longer than 5-10 minutes at a time. And this isn’t just an issue with state tests or other issues at school. The effects of this constant distraction are long-term, and lead to poor work performance later in life.

We worry that we’re raising children who won’t be able to focus during important moments long enough to hold necessary conversations and build solid relationships.

Once you’ve tried building stamina in your reading life, apply the above process to other common scenarios:

These shared experiences will not only practice building stamina, but will enhance family bonding, providing priceless opportunities to make lasting memories.

If this is a topic that interests you, or that you struggle with, read these posts for more information and advice:

How to Talk to Your Child About Reading
Productive Struggle: What It Is and Why Your Child Needs It
Parents as Reading Role Models: Finding the Time