We’ve all heard this expression before. And while it usually conjures images of homes in just the right spot, the idea can easily be transferred to the reading life you and your family create.

In the same way that homes can increase or decrease in value because of their location, switching up the places you keep books can make reading more appealing or feel special.

Real readers know a good reading spot when they see one! Here are three ways to boost your reading real estate:

When you develop a habit of pointing out interesting places to read, you’re telling your child that a) you are a reader and b) real readers do their hobby anywhere and everywhere.

Think of it like this: if I were a golfer, I’d have fond memories of some favorite courses where I had practiced my hobby. My most memorable experiences may not be chipping balls in my backyard or at the local driving range, but golfing in scenic and challenging locations. I know that as a reader, some of my favorite memories of my hobby include reading on the banks of the Flathead River in Montana and reading in my dorm room at Nerd Camp after a long day of professional development. 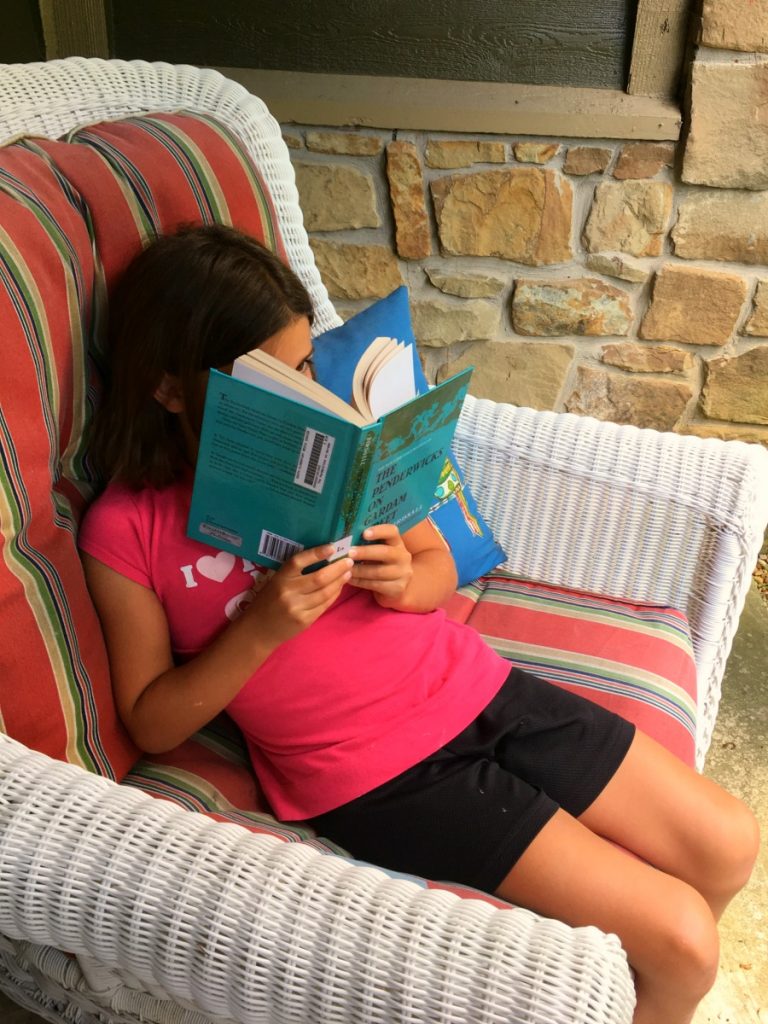 I know my mom-ism is sticking because when my kids first saw our new house, my 8 year-old said, “Now that’s a porch where I’d like to read.” She was right!