And the Oscar goes to…

Typically, best picture movies are edgy or push the envelope, they often have cultural ramifications, and of course, they’re are extremely well-written with phenomenal acting. In the kid lit (or children’s literature) world, the John Newbery Medal is also shiny and gold, but unlike the Oscar, it is a seal that adorns future copies of the winning book. Hello, Universe by Erin Entrada Kelly is the 2018 winner of the Newbery Medal and it embodies all those qualities we’ve come to expect from award-winning films. 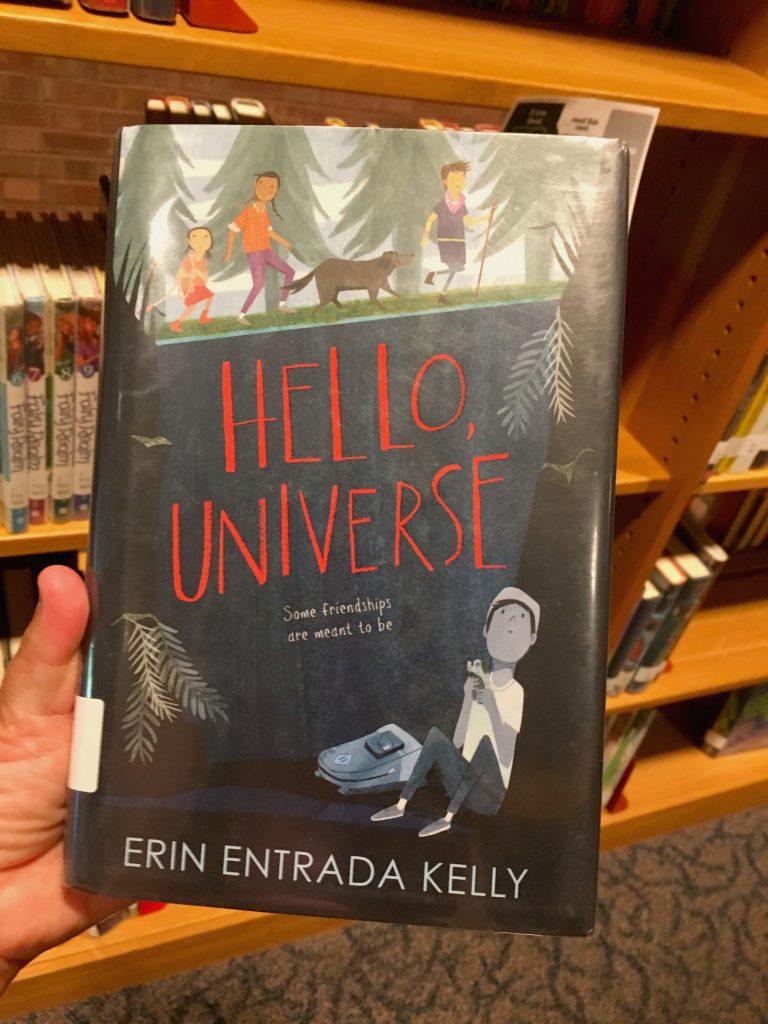 Virgil Salinas is a shy, sweet boy in a loud Filipino-American family, heading into the summer before 7th grade. Virgil consults twelve-year old Japanese-American Kaori Tanaka, a budding psychic and horoscope-enthusiast, about his woes. A twist of fate later allows two additional characters to also collide in a nearby woods, a bully named Chet Bullens, and a hearing-impaired marine-life lover named Valencia Somerset. As the story is told through multiple perspectives, over the course of just one day, the characters find themselves all needing something from the other in order to solve a problem, one that just may involve the bottom of a well, a guinea pig, and a hero.

What to Know Before You Read Hello, Universe

Why You Should Read Hello, Universe

After You Read Hello, Universe

If You Liked Hello, Universe, Try These Books Next:

Want to know what we’re reading, what we’ve loved, and what’s sitting in our Amazon cart? Check out our GoodReads bookshelves! Got a children’s book in mind that you’d like to see us review? Leave a comment or email us at raisingrealreaders@gmail.com.