When I was 17, my parents took me to New York City on spring break. We splurged on a Broadway show and saw Ragtime, a musical centered around racial injustice in America in the early 20th century. Never before had my eyes been so open to the mistreatment and brutality directed at people of color. The fact that I hadn’t considered this until my late teens is the very definition of white privilege.

And it’s exactly why books like Angie Thomas’ best-selling, award-winning The Hate U Give are so important. For people of color, this book is an important moment of representation, a chance to see their lived experience in print and on movie screens. For readers like me, who grew up in an upper middle class, mostly white suburb, it is a glimpse into the life of a black teenager living in an impoverished neighborhood. We cannot begin to dismantle systemic white supremacy until we recognize and acknowledge the effects of generations of discrimination, oppression, and violence. This book is just such an opportunity to educate ourselves. 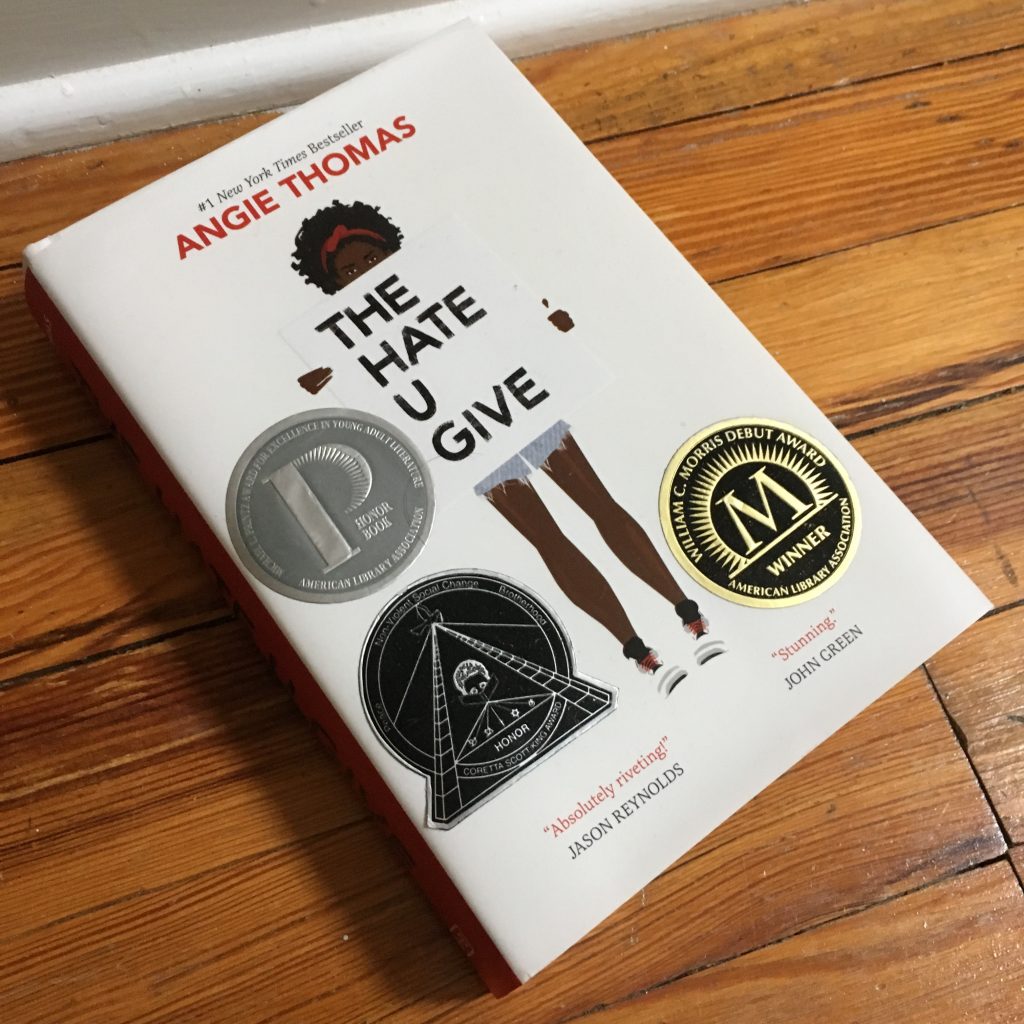 Intended Audience of The Hate U Give

Spoiler-Free Summary of The Hate U Give

This book is about an African American teenage girl, Starr, who is growing up in a neighborhood struggling with gangs, drugs, and poverty. She attends high school outside this neighborhood, and constantly tows the line between her roots in the neighborhood, and her new reality of an education experience spent mostly around white people. One weekend, she leaves a party and becomes the sole witness of a white police officer shooting her lifelong friend. The bulk of the book follows Starr as she deals with the fallout of witnessing this all too common event.

What To Know in Advance of The Hate U Give

Why You or Your Child Should Read The Hate U Give

Like us, many readers of this book will be from outside the type of community in which it is based (Garden Heights). The opportunity to step into another way of life, to imagine how you might feel or react given Starr’s circumstances, is an important step toward acknowledging and accepting the challenges we face as a nation with regards to police brutality and race relations.

For those of us who are white, we must remember that it is not the job of people of color to teach us about their life and their experiences. The responsibility falls on our shoulders, as beneficiaries of this systemic oppression, to educate ourselves, and then to ultimately act in such a way as to begin to end this harmful cycle. Reading this book, and internalizing its many lessons, is one way of doing that.

After You Read The Hate U Give

The movie is out in theaters now. Go and see it, and discuss it as a family. Remember: when books and movies with characters that are people of color (and in this case, written and directed by people of color) are economically successful, it sends a message to publishers and entertainment production companies that diverse books and movies are financially viable, which leads to more diversity in these spaces. Your book purchase and movie ticket stubs are an important way you can support inclusion and representation.

If You Liked The Hate U Give, Try:

So You Want To Talk About Race by Ijeoma Oluo